River of Faith is the artist's ode to the River Ganga and in doing so she has tried to celebrate the emotions of tranquility, movement, force and fluidity and the ever-changing flow and rhythm of life.Through this collection she hopes to send the message of preservation and care for nature to propagate stability and serenity in human existence.

The publication by Art Exposure has a collection of essays by Alka Pande, Ina Puri and Jesal Thacker. 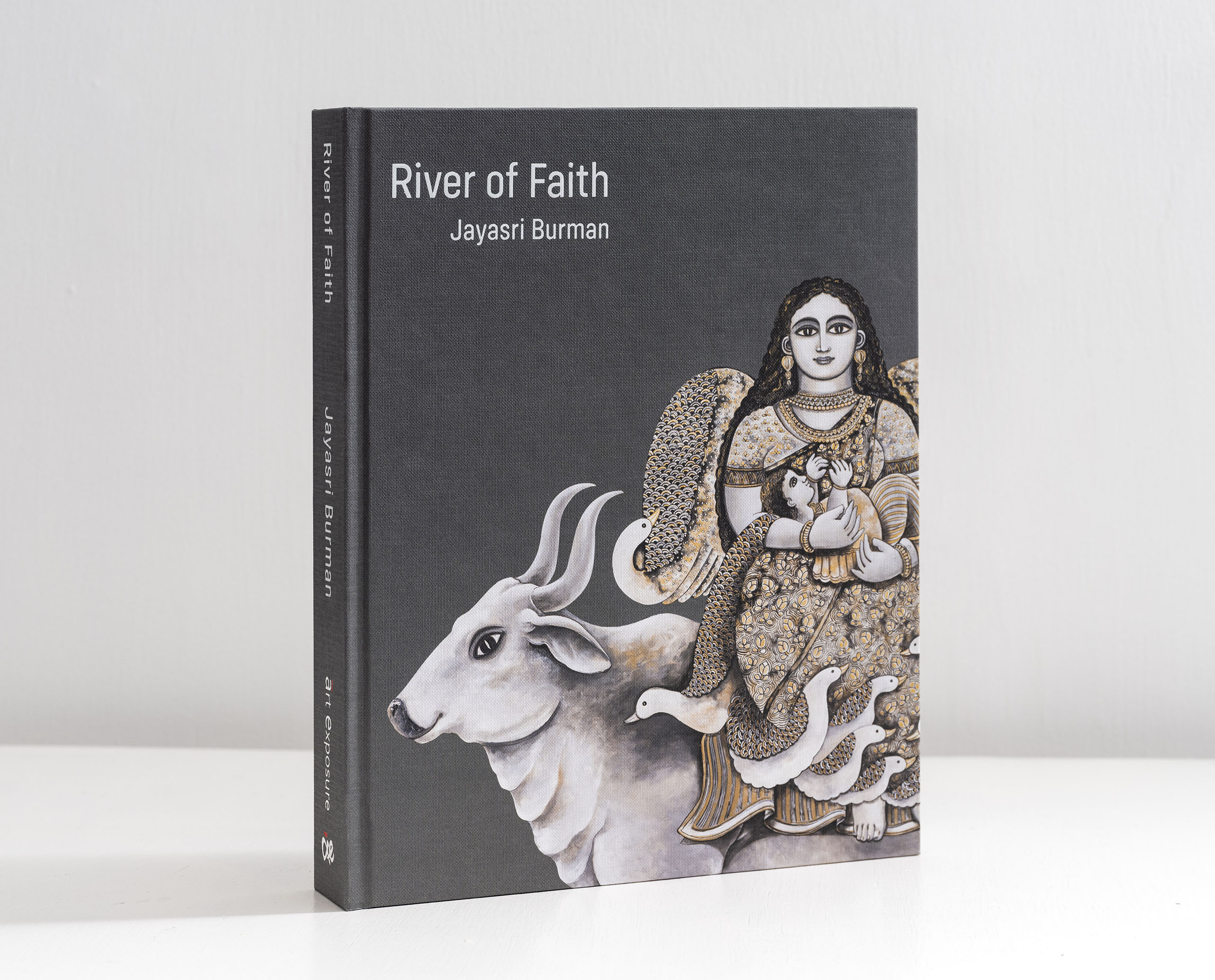 Published by Art Alive Gallery, ‘A Mythical Universe’ captures the remarkable journey of Jayasri Burman, one of India’s leading women artists, drawing upon her life and art through the decades. Jayasri’s art, derived from the rich pictorial folk tradition of India, has carved out its own singular idiom today.

As Professor Partha Mitter describes in the book, “Jayasri’s themes deal with the feminine, with the empowerment of women through the traditional language of the sacred in Hinduism, her inspiration is the variety of incarnations of Shakti or female energy, the great Goddess, who is considered the mother of the universe. With her muted but engaged feminism, Jayasri Burman refashions the universe of Hindu mythology, which acquires in her paintings an entirely contemporary meaning and nuance. This is in the best sense tradition, reinterpreted, reinvented, revised and re-imagined for India of today”. Pritish Nandy further reiterates, “The significant factor about Jayasri’s art is that it is not just about our past, our traditions, our mythologies, it is also about today. It is this enchanting integration of cultures, language, idiom and narratives that makes her such a remarkable chronicler of our times.”

The book features images of Jayasri’s early works to those of the present and reveal her immense talent. Edited by Ina Puri, it is well-researched with thoughtful essays written by some of the leading minds of our times, Partha Mitter, Ashok Vajpeyi and Pritish Nandy. 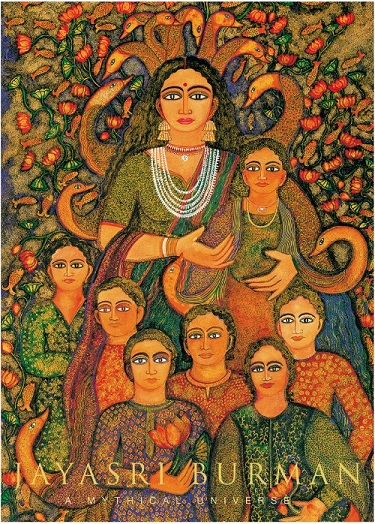 ANTARYATRA, published by Sanskrit Art Gallery, Kolkata, celebrates the creative journeys of Jayasri Burman. The protagonist is viewed not just through her works – both paintings and sculptures - but also through the eyes of those who have watched her transformations - India’s tallest film personality Amitabh Bachchan, the renowned poet and media personality Pritish Nandy, Gallery Director Ambica Beri and her close friends Rajiv Chandran and Ina Puri. Through their prism, read how Jayasri’s inner journeys evolve into a grand celebration of art and life. 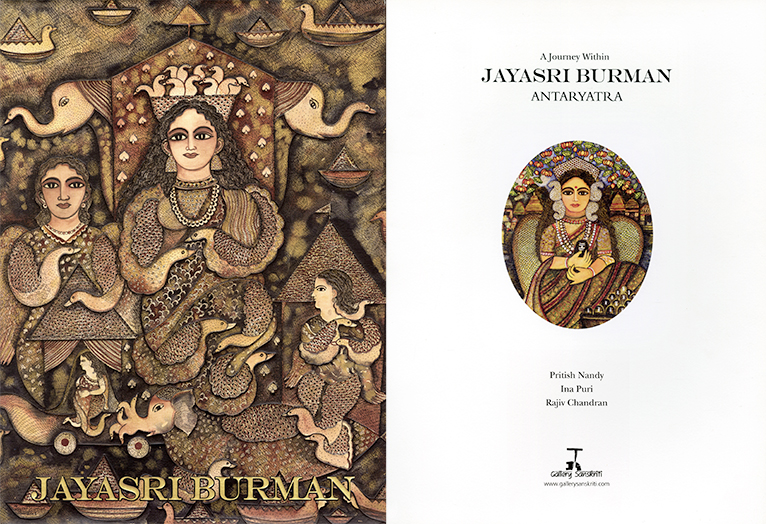 Honoured by the Department of Posts & Ministry of Women & Child Development, Government of India. 2007 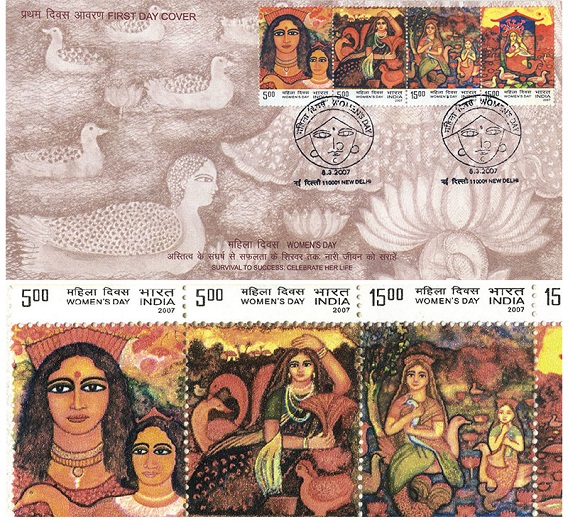 My son was around four and a half years old, when I had taken him to visit the Kolkata Aquarium, opposite the Alipore Zoo. Holding hands, we marvelled at the water-world. It was there that I felt as if I had entered the underwater realm, and become one with the fish.

I was doing a lot of etching during that time and the next day when I went to my studio, I found a 2ft by 2ft zinc plate ready to be worked upon. The outcome was spontaneous – a combination of the gills and scales of the fish, and the human figure. It seemed almost miraculous.

Later, to have been awarded with the Winner of National Academy Award in 1985 and honoured by the Hon’ble Vice President of India, Rama Swamy Venkat Raman, was a matter of great joy for me. It was terribly exciting, and a great encouragement for me to carry on with my journey into the world of creativity. 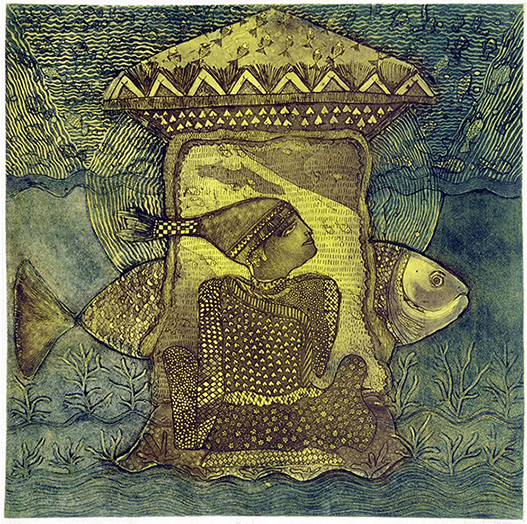